From a passion for cycling to a commitment to the land

It was 1935 when Giuseppe Olmo – known by all as Gepin – went down in history by setting a new Hour Distance Record in international cycling. Olmo knew the value of hard work; he knew like every athlete that every goal is the result of sacrifice and tenacity. He came from a family of modest means and was a self-made man. The land was for him refuge and sustenance, beauty and responsibility. When he purchased the Tenuta di Artimino in the 1980s, he was a successful entrepreneur who looked to the future with foresight.

The estate was rooted in an important history: a land inhabited by the Etruscans, then a turreted medieval village and at the end of the 16th century, a favorite place of the Medici family. In 1596 Ferdinand I de’ Medici decided to build his hunting lodge here, today’s Medici Villa La Ferdinanda, Unesco world heritage site. As illustrious testimonies confirm, this land has been a true cradle of arts, good living, and wine for centuries, making the Medici Villa of Artimino a unique place.

An ancient history that lives today in every bottle 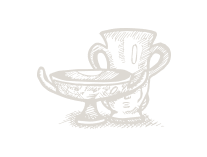 The Etruscans and the production of wine 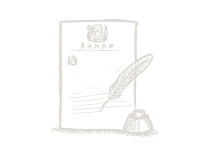 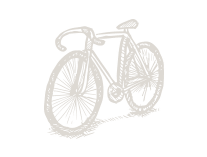 Carolina Maraini and her love for Artimino

Giuseppe Olmo buys the estate and restores it to its splendor 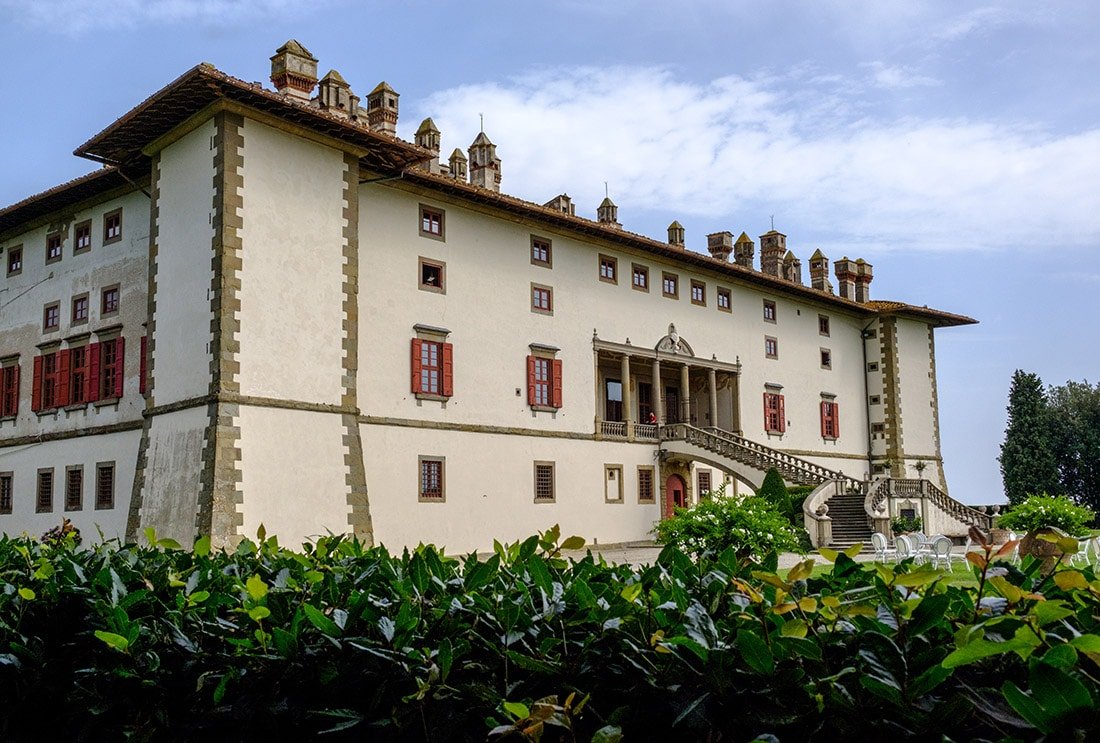 The Medici loved Artimino. In particular, Ferdinand I, who wrote on 19 January 1596 to his wife Christine de Lorraine: “I was at Artimino today and believe me your Highness, here I found Spring”.
Villa La Ferdinanda was built in just four years, based on the design of the famous architect Bernardo Buontalenti. Also known as the Villa dei Cento Camini – Villa of the 100 chimneys, it has always been the epitome of a nobile country residence.

If there is a place where wine was born in Carmignano, it is certainly Artimino.
There are records from 1680 of plowing for vine plantings around the Villa, commissioned by Cosimo III de’ Medici,who a few years later created the first production rules in history. In the ancient archive of the estate, in the basement of the Villa,are still preserved ancient documents related to the work in the vineyards and the countryside. 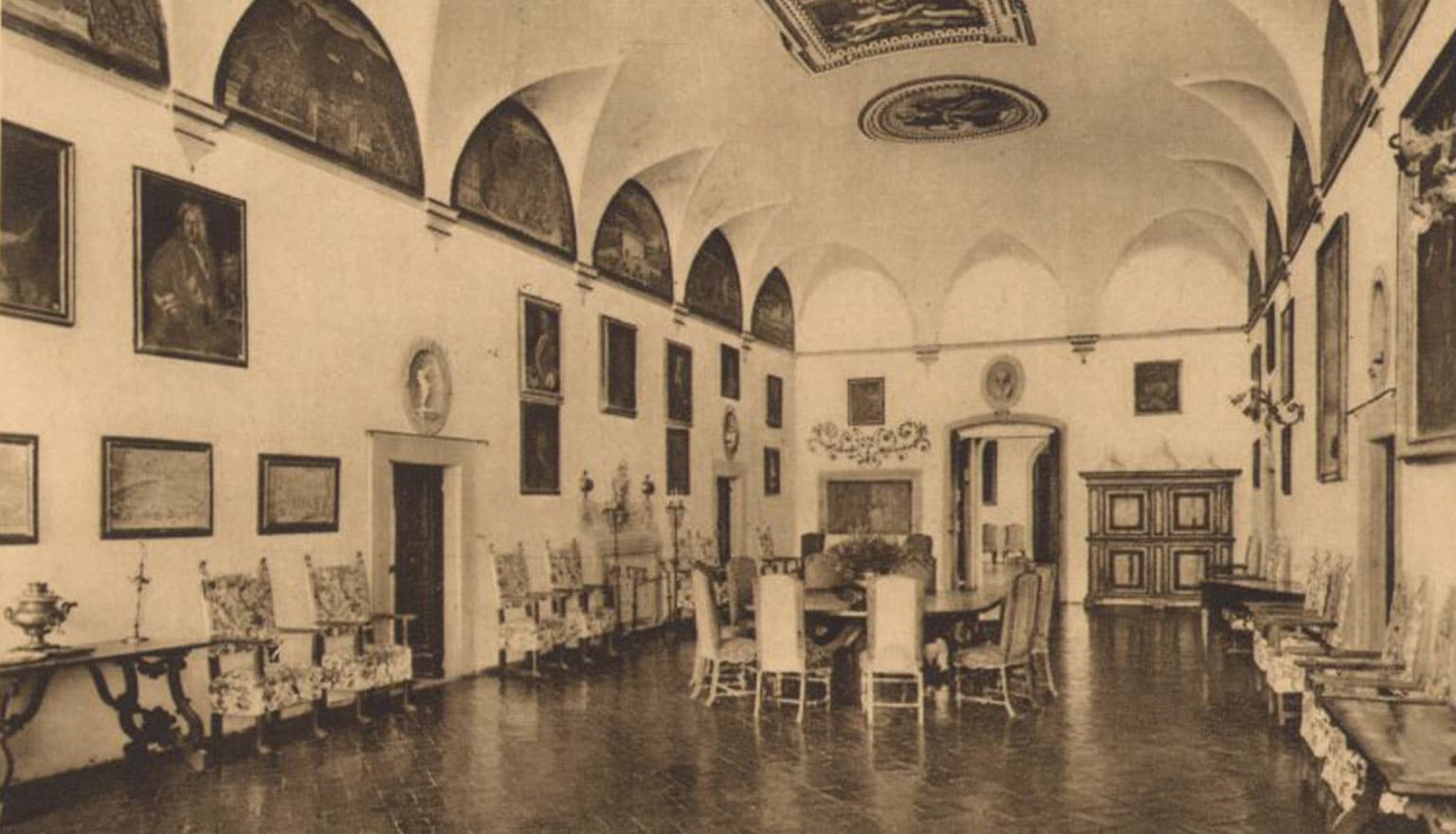 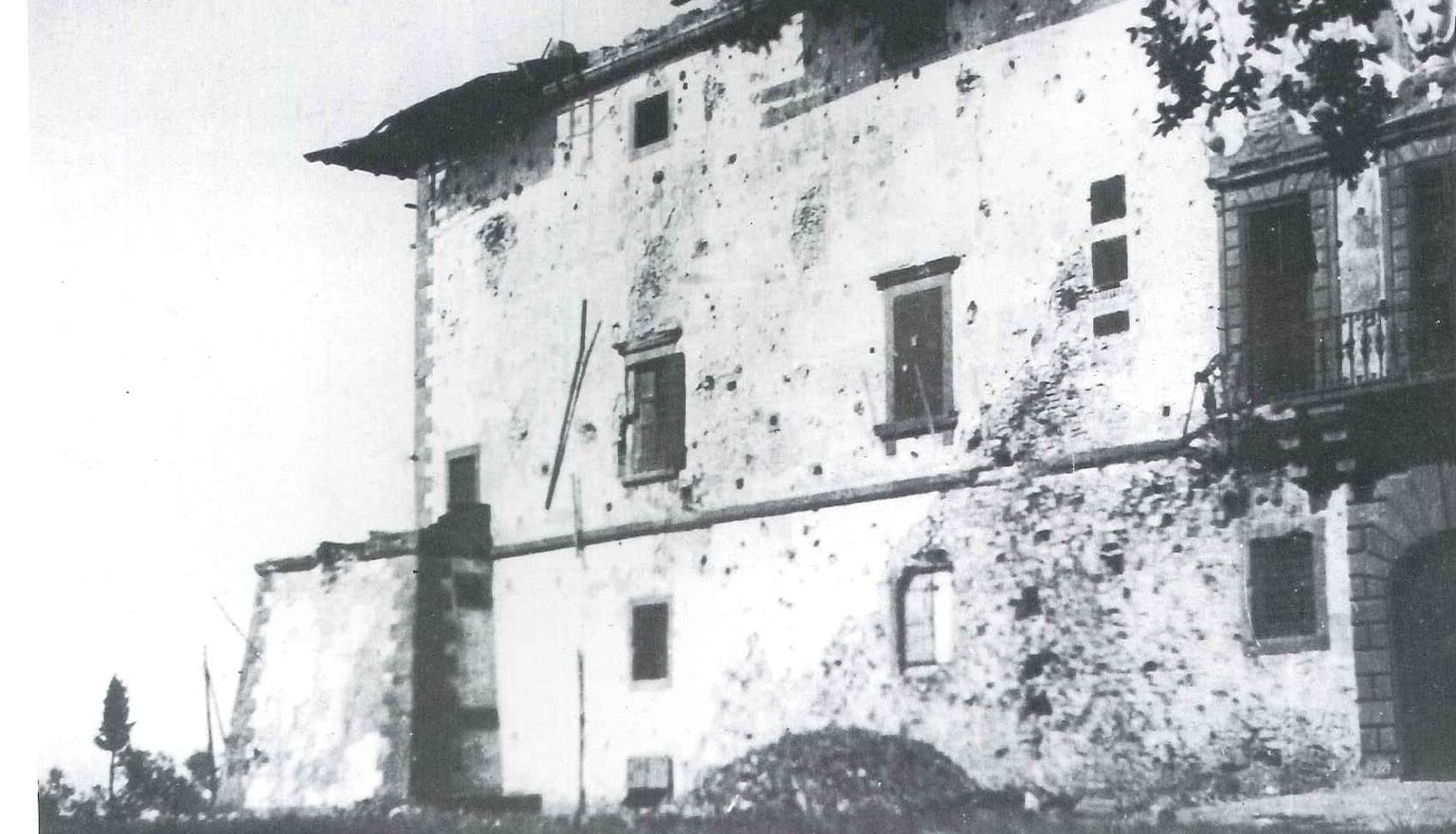 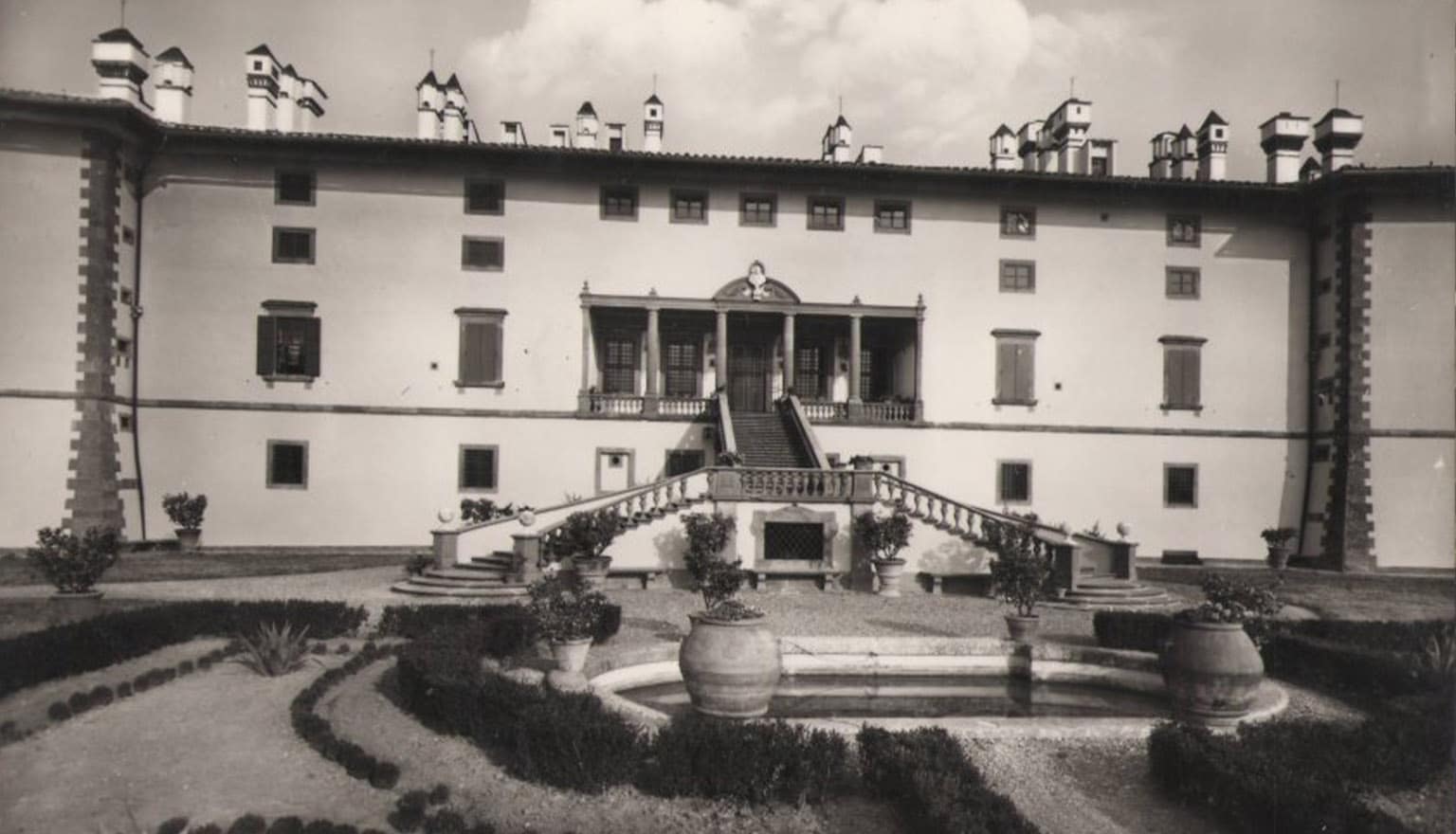 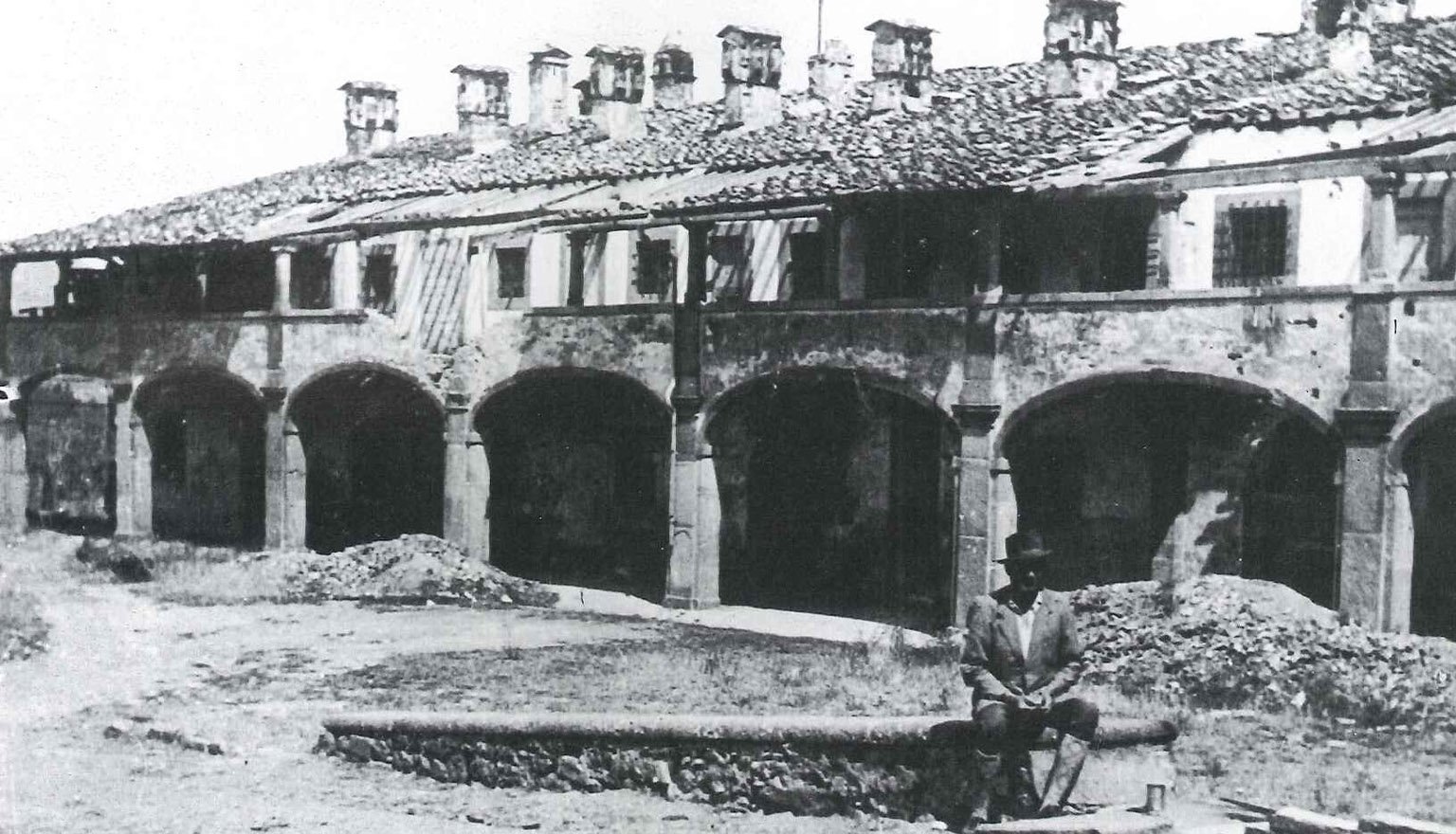 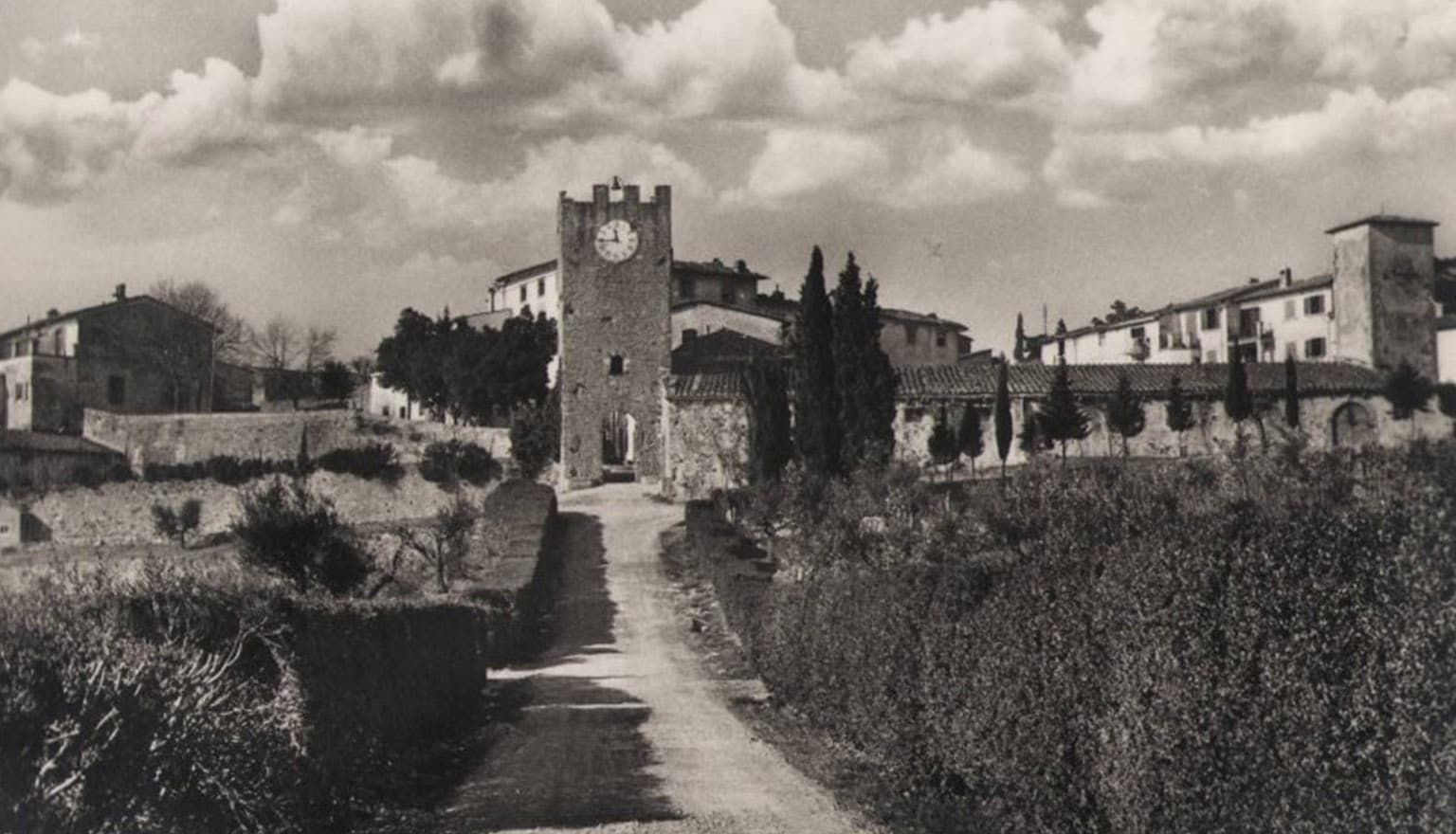 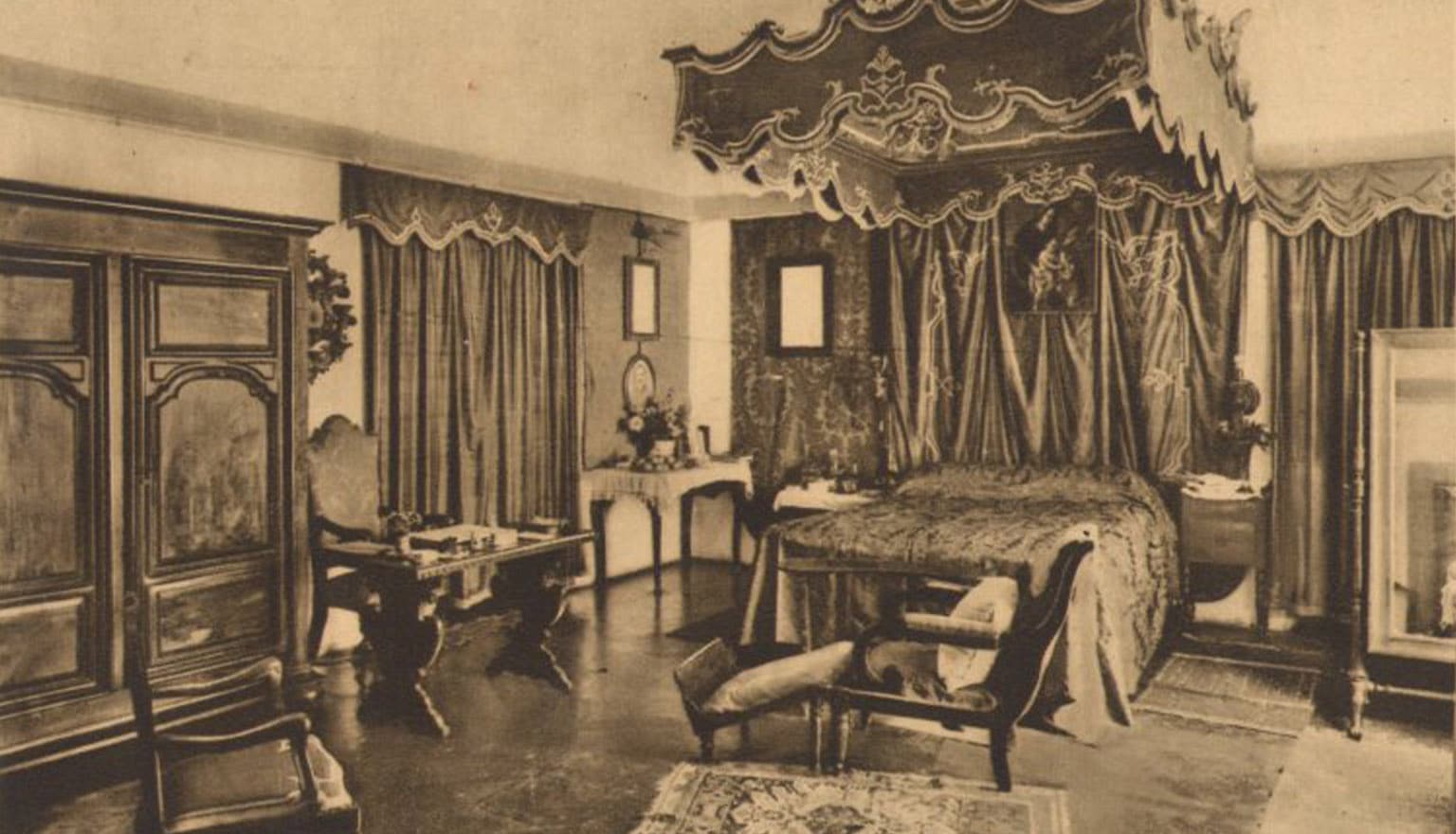 On a morning in 1924, someone noticed Giuseppe Olmo, on his way back from school, with his books tied to his bicycle frame. Those were the years of the great cycling champions, Binda, Guerra, Bini, Bartali: With flair, against the odds, Olmo managed to achieve ever more brilliant cycling achievements, which earned him a spot on the national team for the 1931 World Cup in Denmark and the 1932 Olympics in Los Angeles. Many were his successes, including the historic Record of the Hour in 1935: he established the new record with 45.090 kilometers.

The Second World War put an end to his competitive career, but certainly not to his resourcefulness and his desire for cycling. Putting his own cycling career aside, he began his bicycle production in the Celle Ligure plant. At the end of the war, to his initial production he added bike tires and tubulars, creating from scratch companies that are today internationally renowned 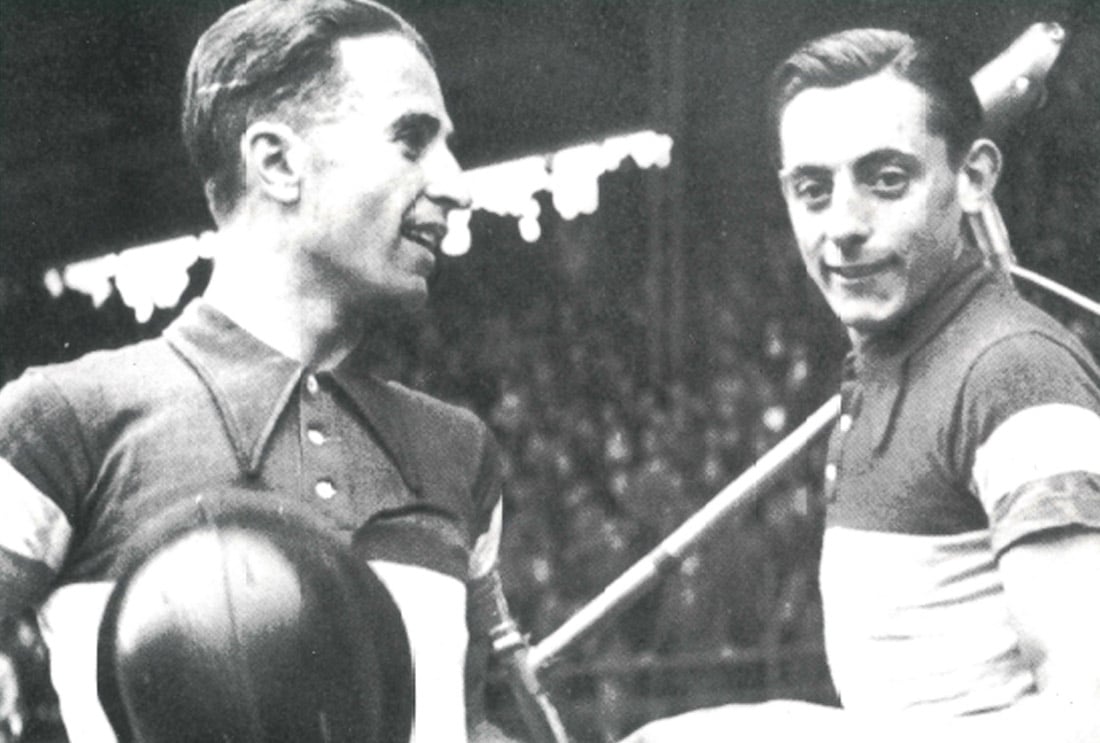 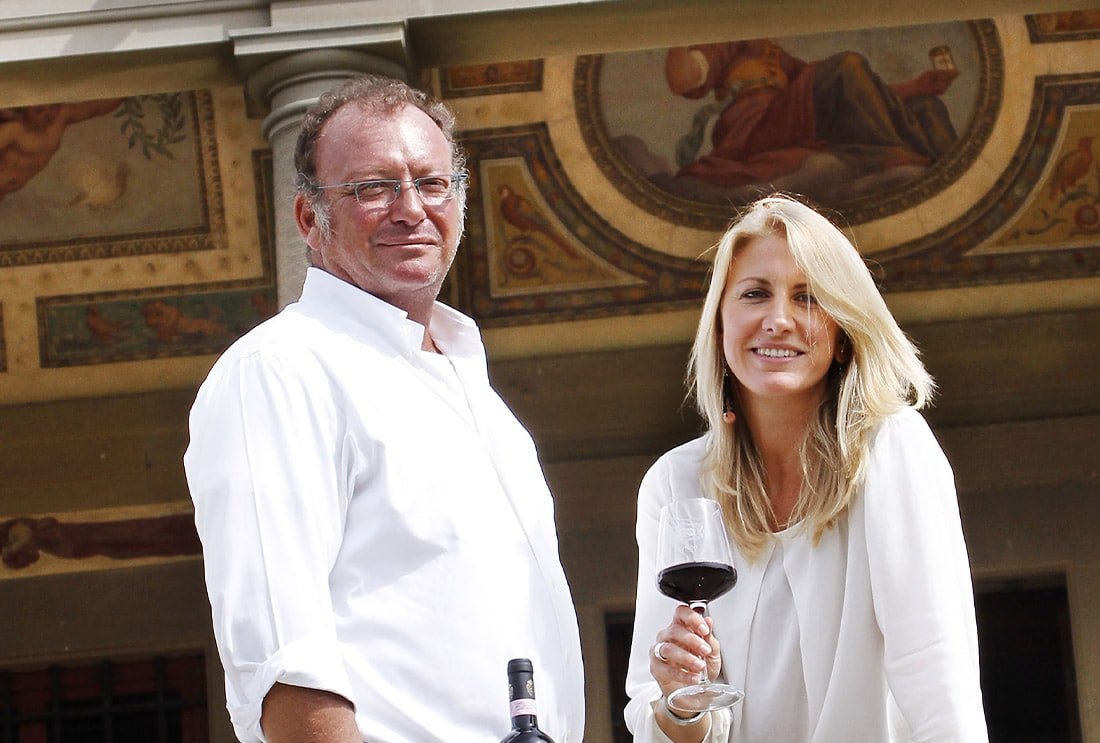 The greatest legacy that Gepin was able to leave to his family is the gift of timeless values: the importance of family, the value of hard work, foresight, but also the value of the land as a place of refuge and sustenance.
Giuseppe Olmo bought the Tenuta di Artimino in the 1980s: he loved the Tuscan countryside, the land and its fruits, history and beautiful landscapes.
He knew, as a person and as an entrepreneur, that no one could ever take these treasures away, while companies could move to new locations and wars could affect production.
Today, for the Olmo family the Tenuta di Artimino is a home, a place to care for, a treasure to be safeguarded. For the past few years, the company has been run by Annabella Pascale and Francesco Spotorno Olmo, the third generation of the family.

“For us it is a great honor, and a great responsibility, to take care of something so dear to our grandfather and our family. This is a mission aimed at quality and beauty, the conservation of the territory, the promotion of something fascinating and rich in history, like our wine“.
Annabella Pascale, CEO and General Manager